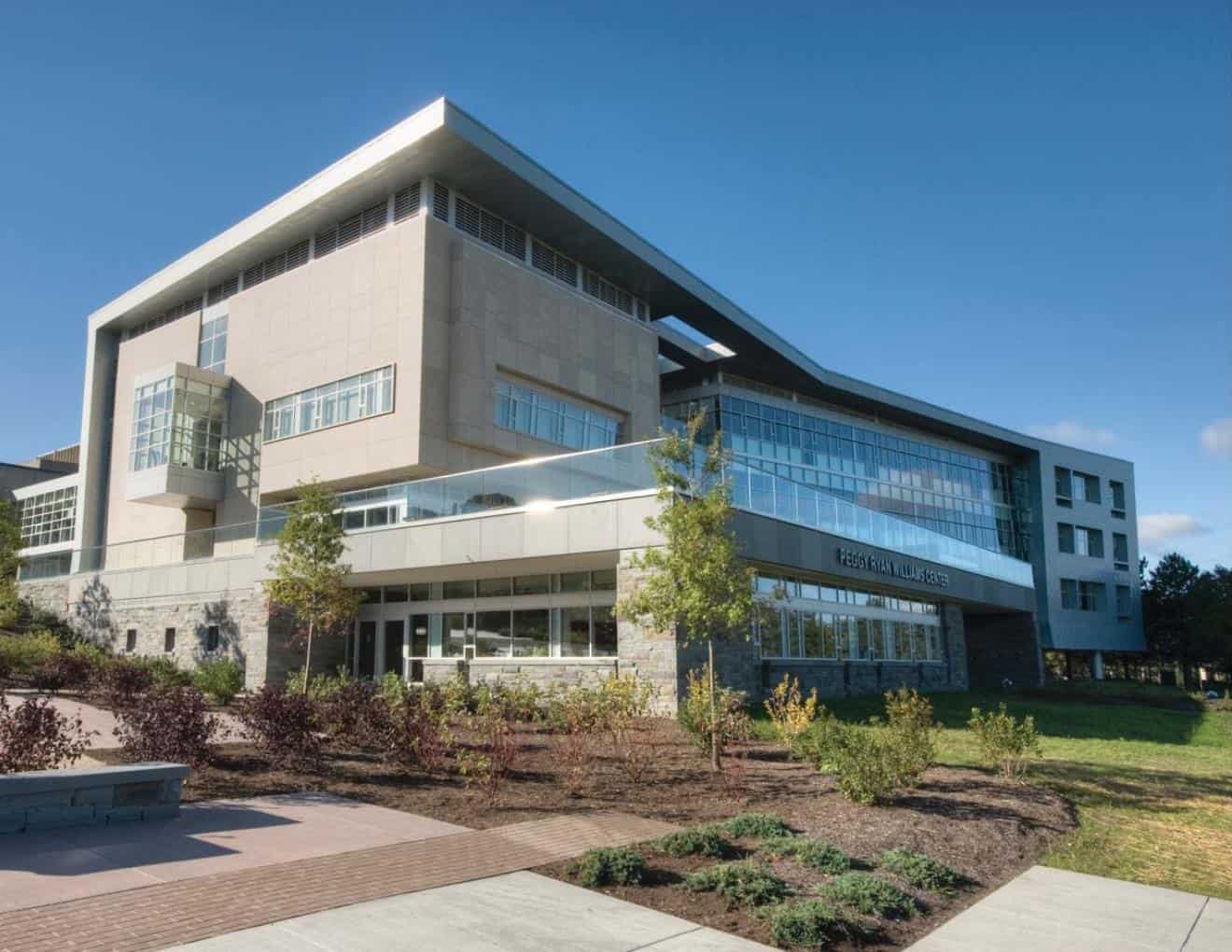 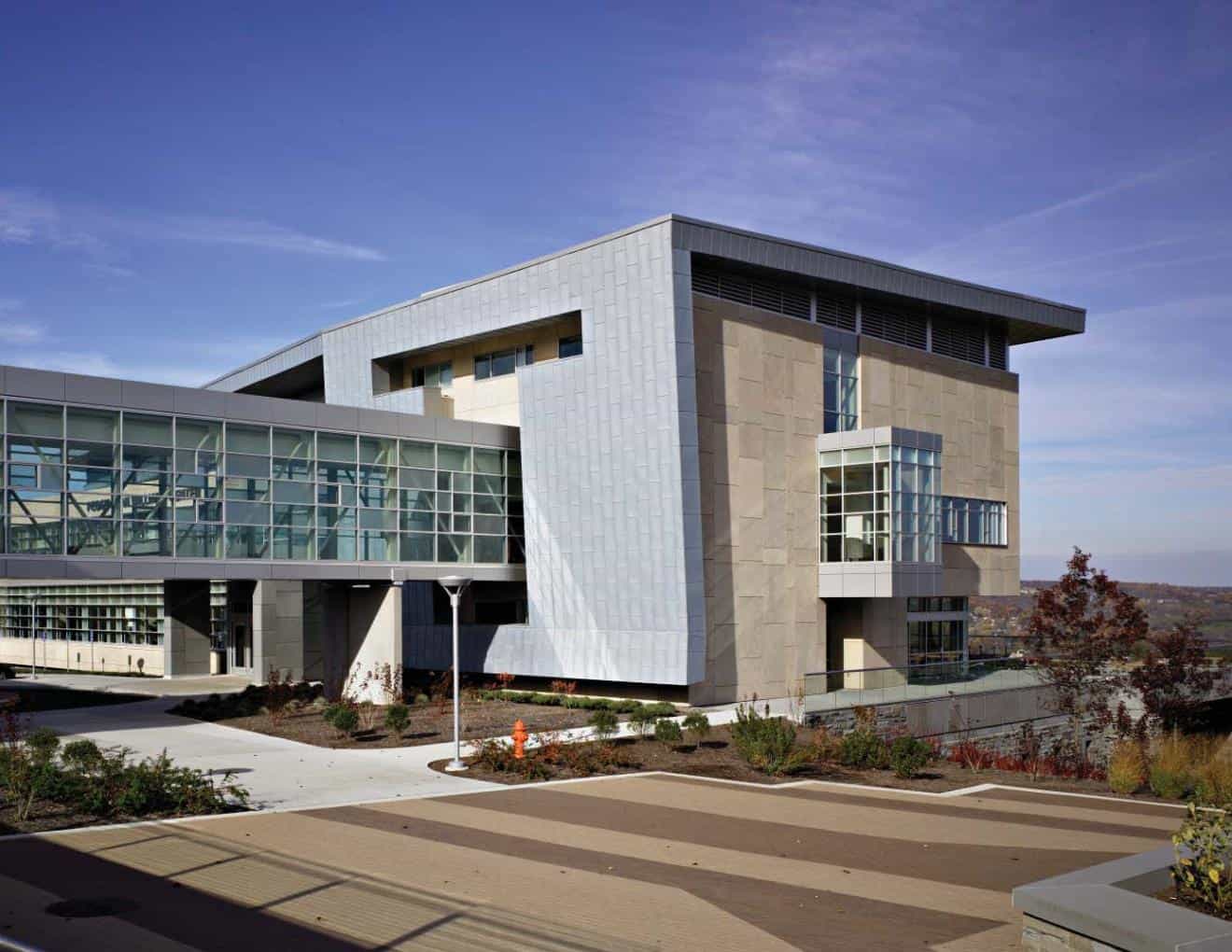 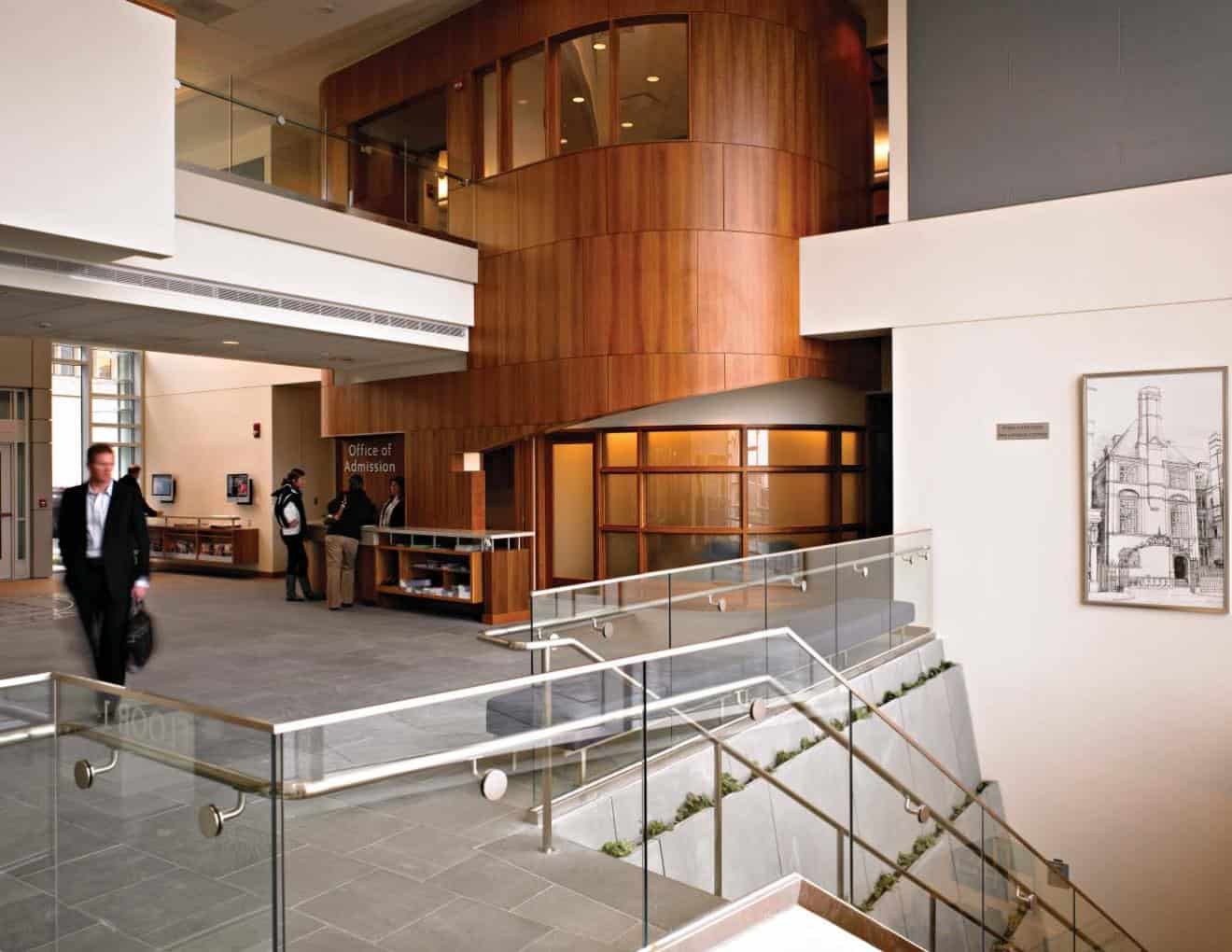 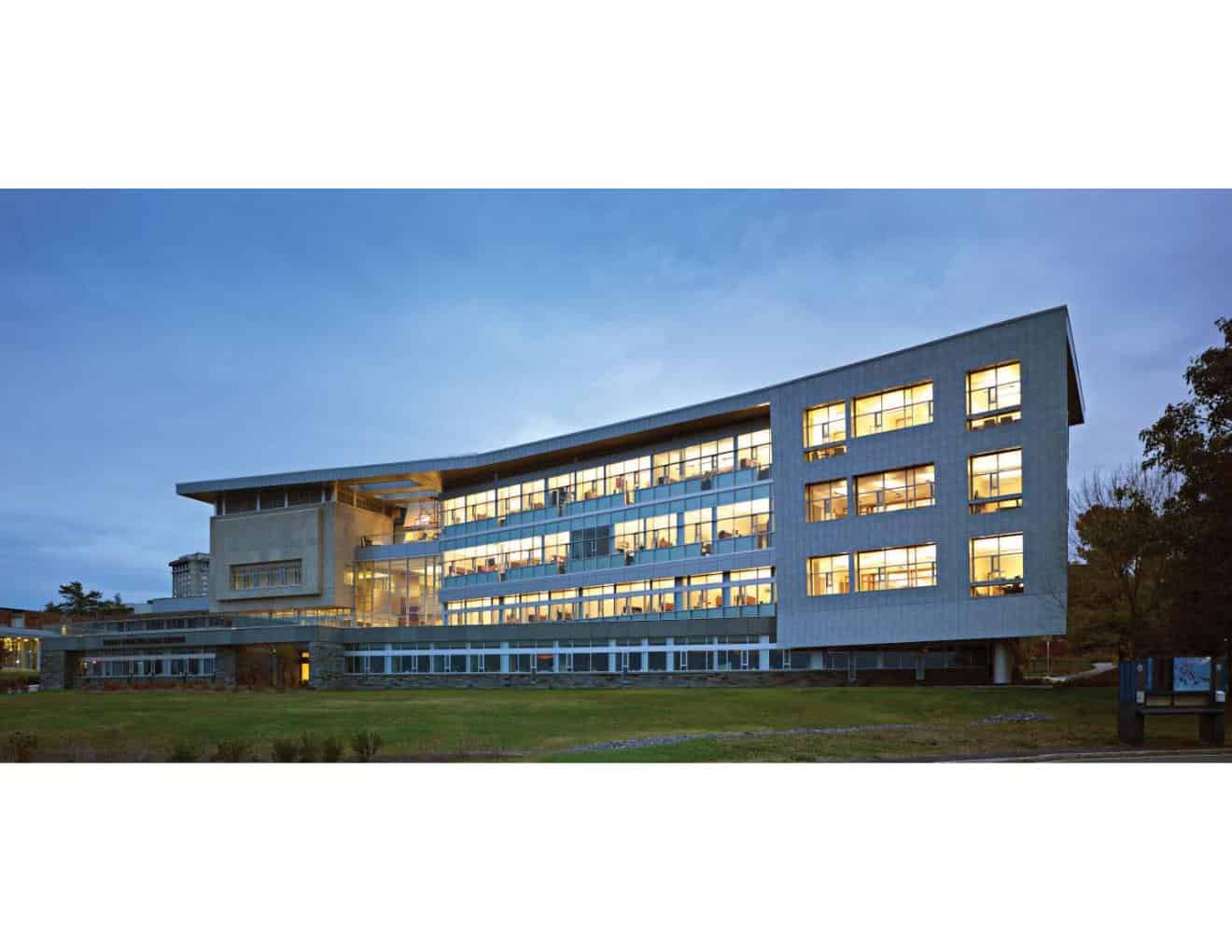 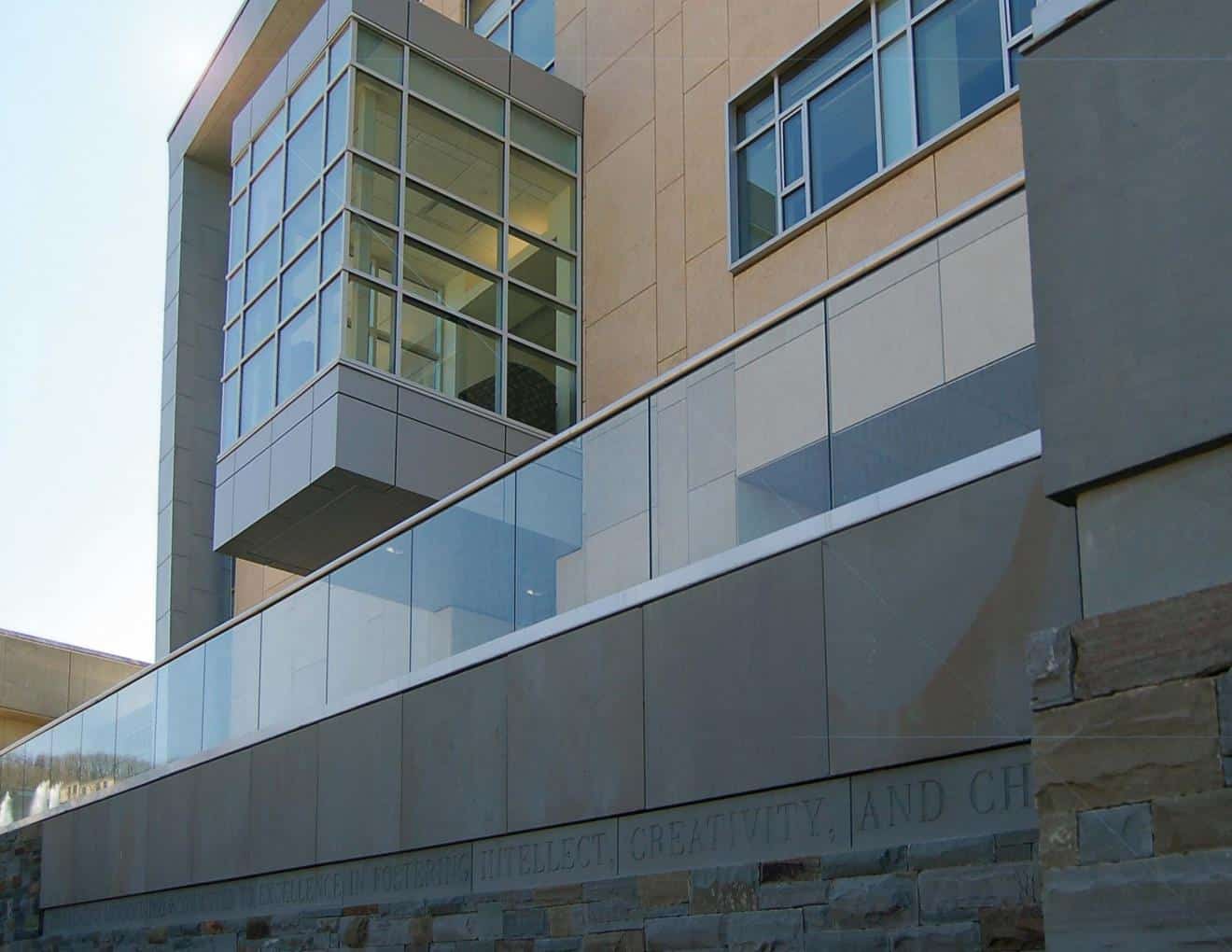 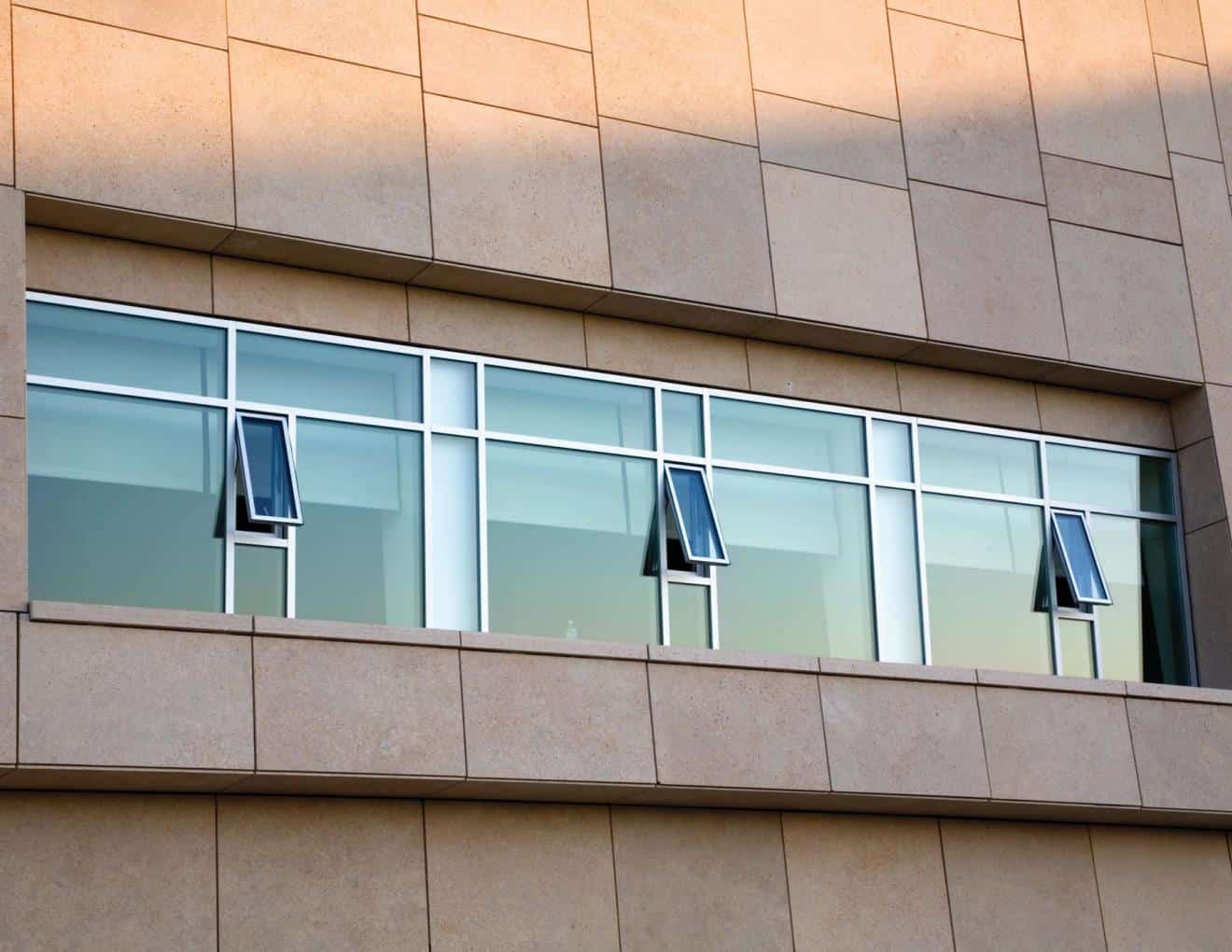 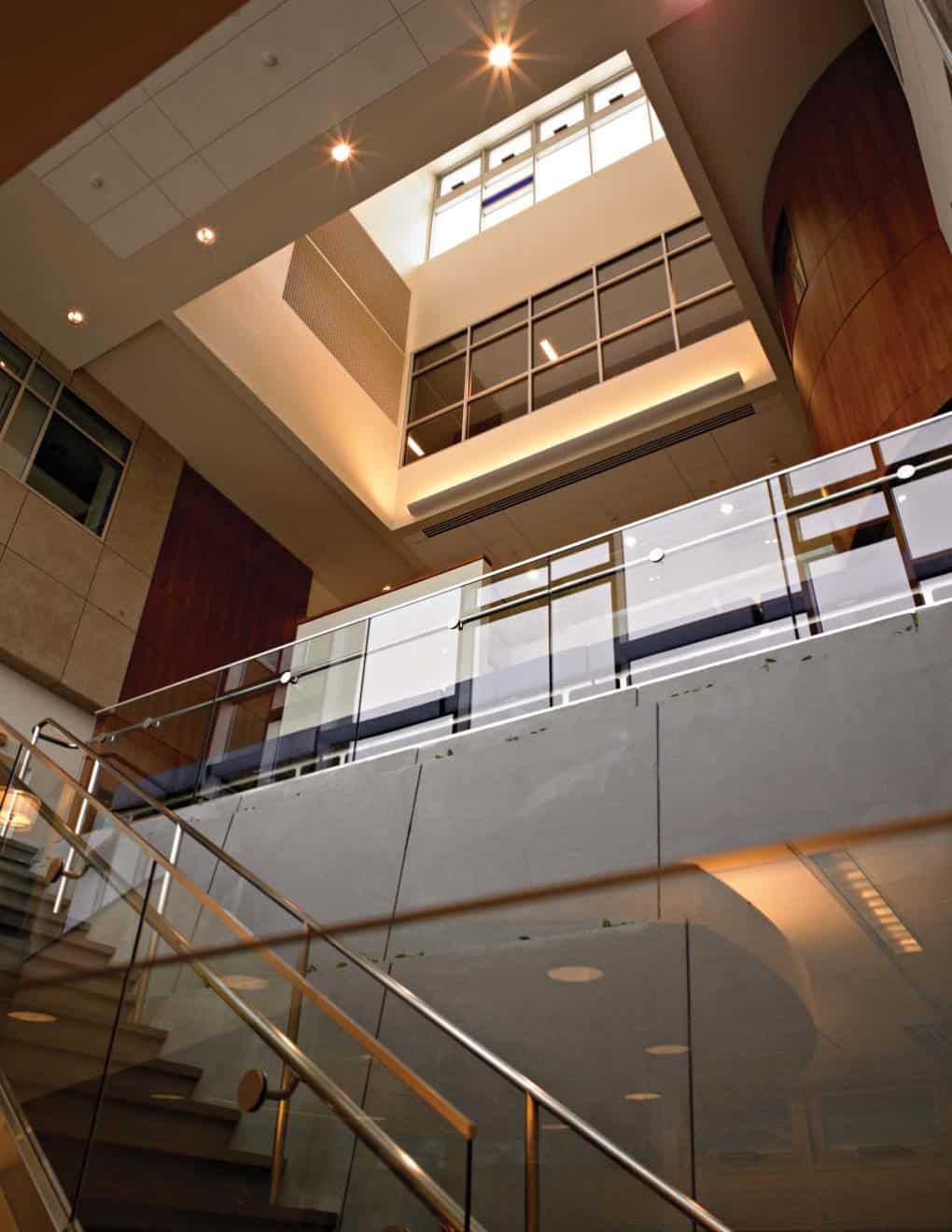 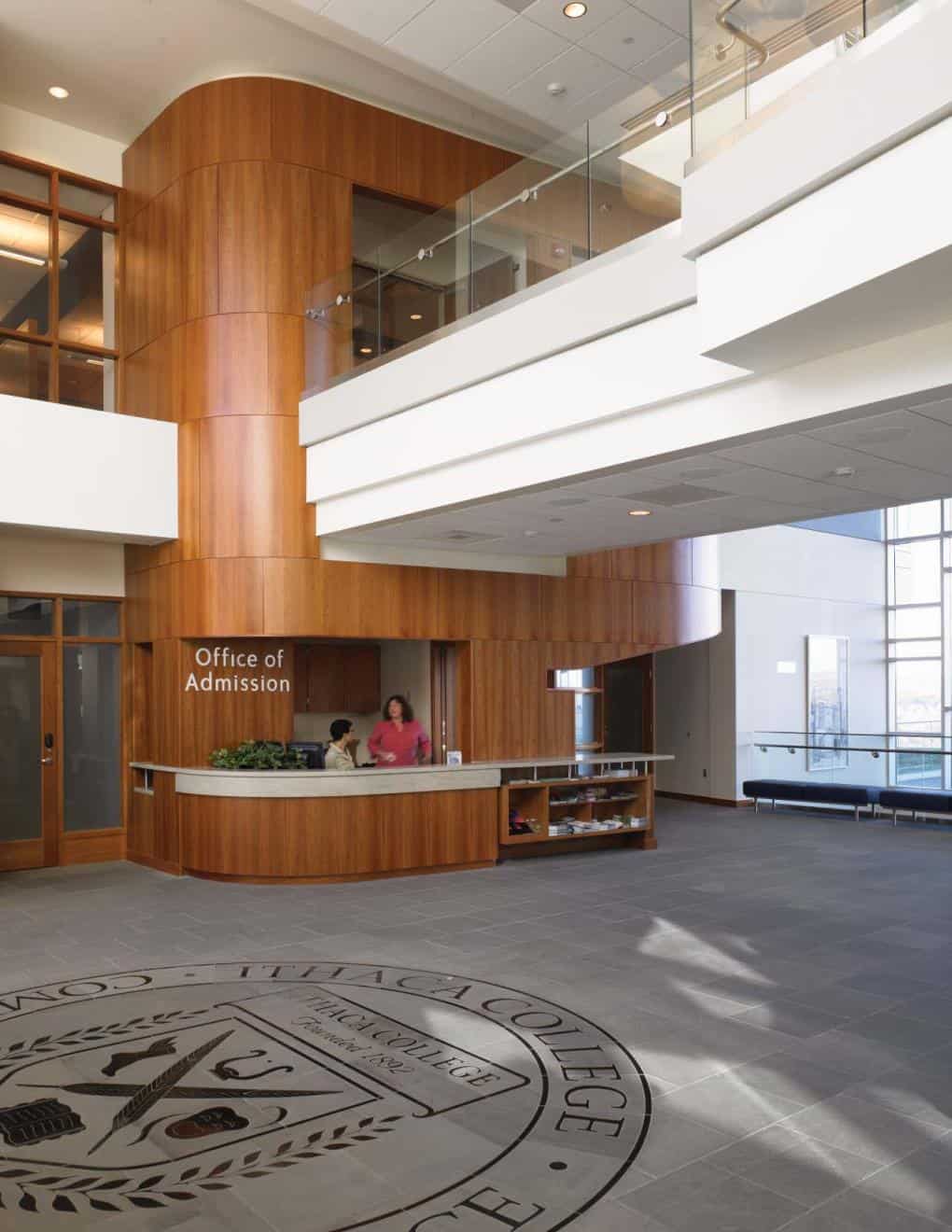 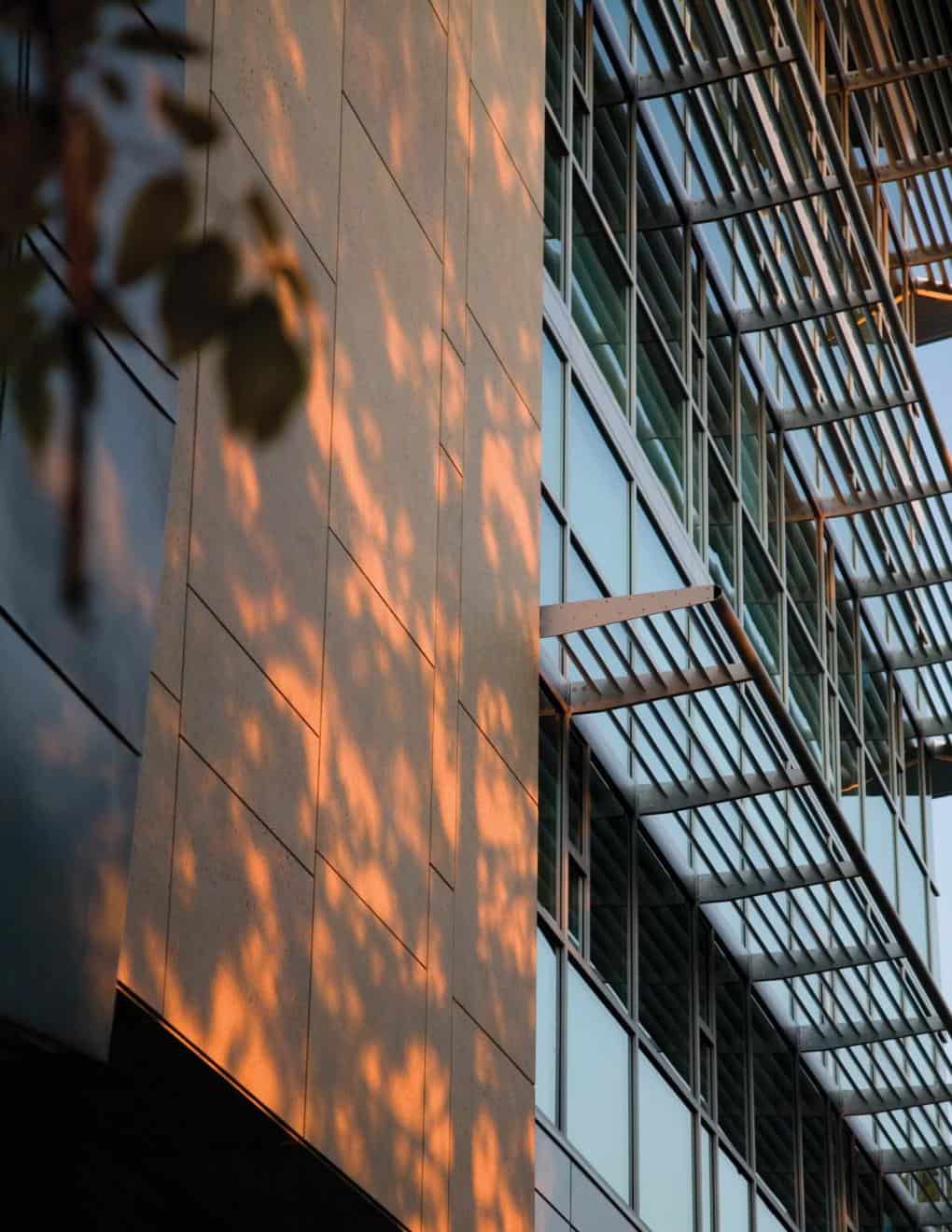 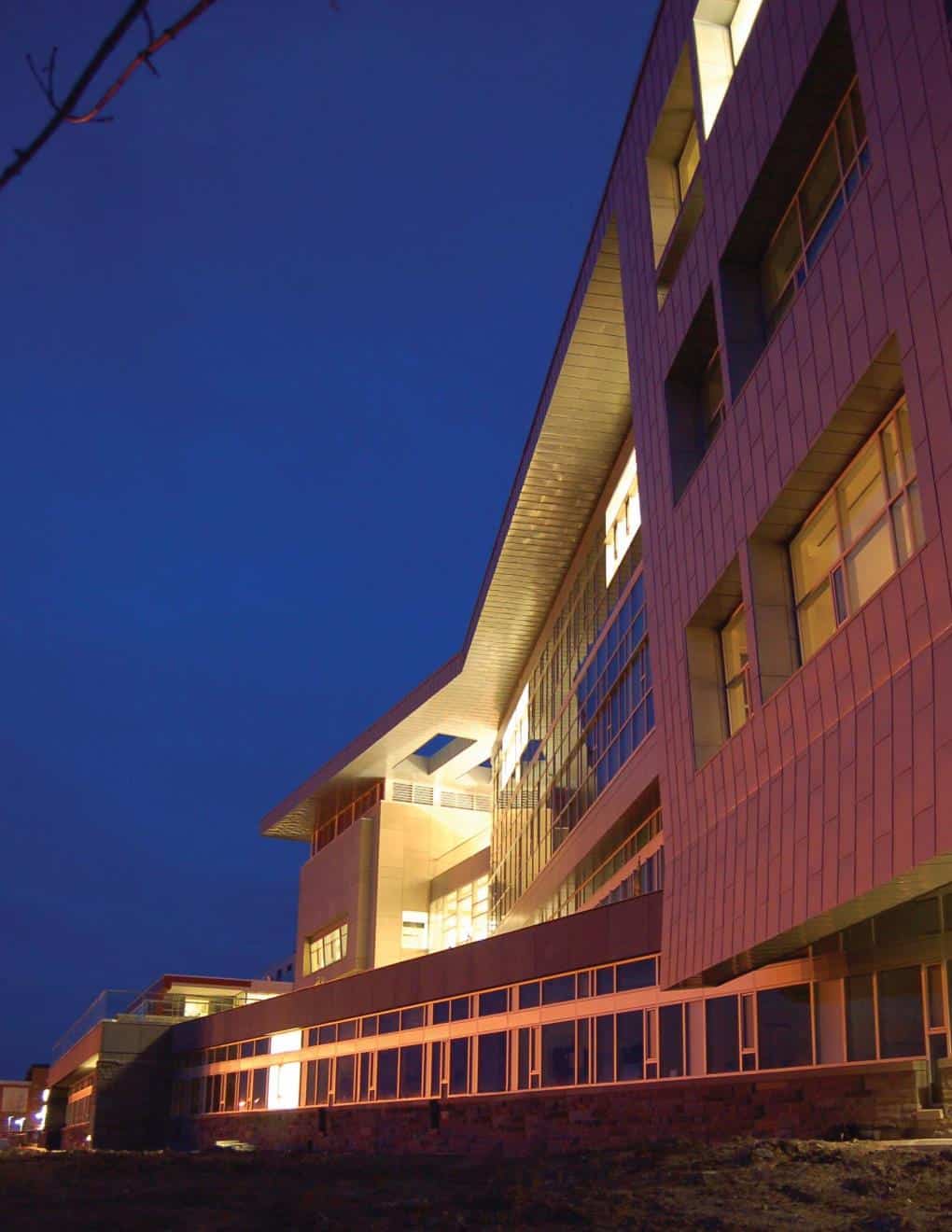 The Peggy Ryan Williams Center (aka, Gateway Building) at Ithaca College is a four-story, 58,000 square foot building. This building as the first step for new and returning students, was designed to greet visitors with views of Cayuga Lake and illustrate sustainability as a central principle at Ithaca College.

Christa Construction provided general construction services to build this state-of-the-art facility which houses the Office of Admissions, Offices of the President, the Provost, the Registrar, Student Financial Services and Human Resources. It is also home of the Division of Enrollment and other administrative offices.

The Structure linked to an existing building through an elevated bridge is constructed of structural steel bearing on concrete caissons. The exterior features limestone, glass and metal sliding. Extensive use of daylighting was incorporated into all occupied spaces. Geothermal systems were installed that use the Earth’s relatively consistent temperatures to heat and cool the building. In addition, a rainwater catch basin system was installed which supplies 85% of the buildings annual gray water needs.

This monumental structure houses the admissions and administrative offices for Ithaca College. Focused on sustainability efforts, the building was designed and built to obtain the highest LEED Platinum Certification. It is also Carbon Neutral (using 100% green energy).

Start A Conversation Christa Construction tailors custom services for each client—tell us about your next project.